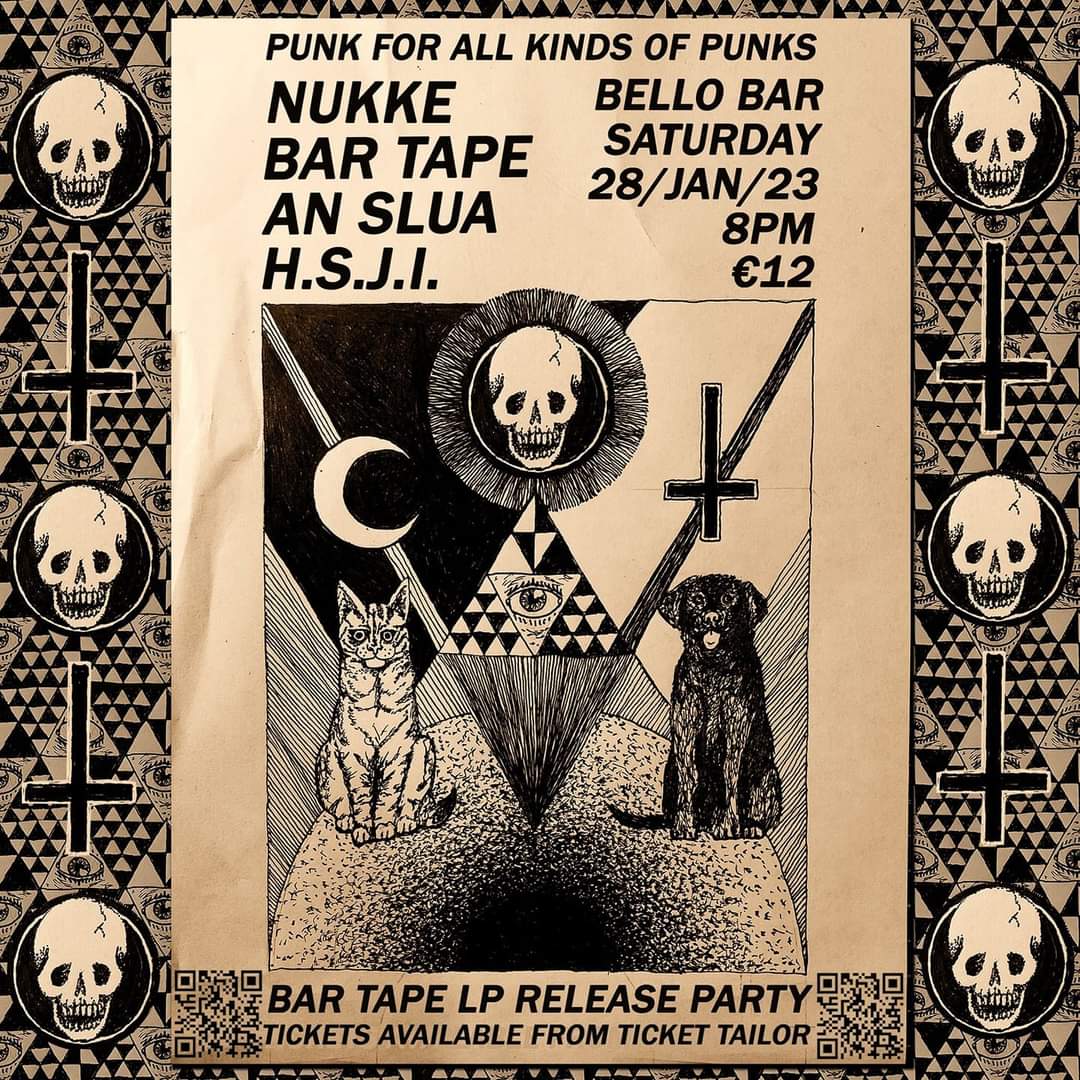 Bar Tape are to have a release gig for their upcoming debut ‘S/T’ LP out 13th January on the line up will also feature An Slua who will be also celebrating the release of their 7″ ‘How Ya Gettin On?’ with their first Dublin gig since its release. Also featured on the line up is Nukke from Portugal bring some Raw D-Beat punk alongside Hubert Selby Jr. Infants who if I am not mistaken play their first gigfeauring many familiar faces.

Come hang out for Bar Tape‘s LP release party at Bello Bar with Nukke, An Slua, and Hubert Selby Jr. Infants. It’s a party with punk for all kinds of punks.Chew on that.

Grab a copy of Bar Tape‘s record for 15 euro.