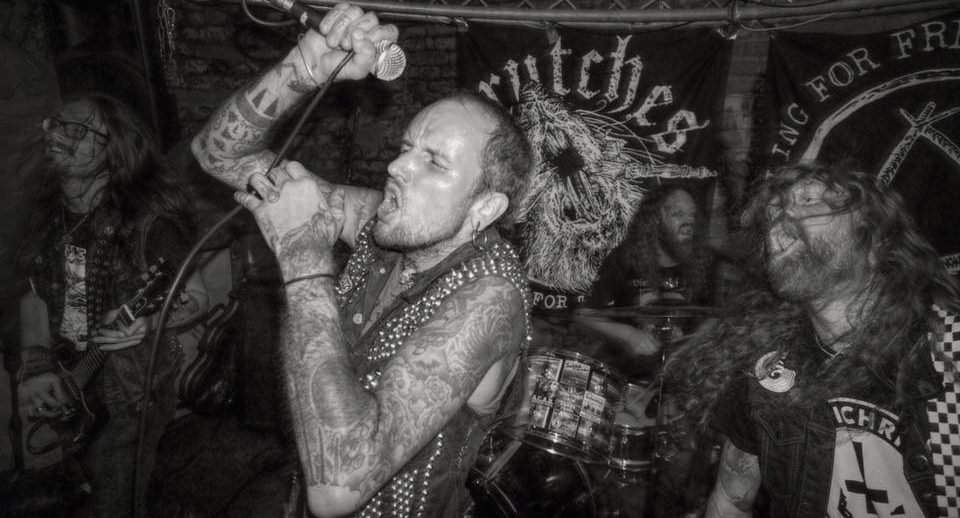 Biography:
It all started from the ashes of a madness ending in the beginning of 2010, when Jallas, came in to the picture to form a new constellation together with Tom and Oskar along with the mad punk and anti-authoritarian behavior in the “Scam everything”-collective. Later on Pancho joined the band to put Oskar strictly on vocals. Some time passed without anything new, partly due to Toms jail sentence. Even though drums were recorded for the demo recording. Problems in the logistics became the reason we did not manage to finish the recording. We had to make some changes since Pancho couldn’t make the band because of living in the countryside. Therefore we decided to recruit Andreas to play the guitar around June, 2011.
2012, We released a five track demo tape with four tracks from our dear friends on the b-side. And a  3 track  7″ called D-Beat Tsunami E.P. released around October 2012.
2013, things moved on and we’re ready to hit SE Asia. That summer was hectic as hell! We played more shows than we thought we would, and all were a great whirlwind to live through. Our good friend DisDaniel filled in for Jallas since he decided to go traveling around the south of Europe. At the end the summer, Jallas asked to leave the band because of the urge and lust to keep on travelling, and he didn’t want to feel like he were holding us back. It all feelt really sad, but all the great things we managed to do together, made it easier to see a reason in it all. This automatically made DisDaniel our new drummer. And the disobedience continued! We also released a tape compilation of all our old and new material for the SE Asia tour that December.
2014, was a really nice year, only two shows in Sweden and the rest abroad, as for the traveling urge we got satisfied for sure! The release of the LURAD 12″ and tape turned out nicely and inspired us to make some more tunes. We sold all our copies of the LURAD release whilst touring and that was just a good and inspiring feeling. Got our demo tape released as a 7″ as well. Tours were planned, shows booked, things are weird and cold in Europe, but we were just getting started for a new explosion.
2015, It took us a couple of months to get the new album finished. But just in time for our show at Hygget at the end of July, our album FörlOrAD 12″ arrived. So we had a big release show/party there.
Summer came and went at the same time, since having Eddie as our constant emergency stand-in we decided to have him onboard since around all the time! This makes us a five piece and that’s just plain awesomeness, more punch sound-wise and fun for that matter. In few days we’re heading for Finland and back to SE Asia later this year. We’ve also got some ideas for the next year to mangel.
2016,  we got invited to go to Japan, by Nori and Ico – Distro Rakkos, and what an experience that was. It felt totally surreal.
2017, and we released the SÅLD album, felt like awesome. A second round to Japan and we’re sold forever.
2018, just started off with our first tour on the East coast of the US of A, with the help and booking of Profane Existence. It later continued with a small mini-tour in Europe, a split tour with Visions of War and summer came an we were half the way of riding the highlife of this year. We planned a split release with our fellow d-beating maniacs from Bandung, Indonesia, Kontrasosial. Recording of the album “Chaos Riders, Freedom Fighters” started in September.
2019, Started with a full throttle tour in Indonesia together with Kontrasosial, as a result of the release of CHAOS RIDERS, FREEDOM FIGHTERS. Later the tape and vinyl was released in the rest of the world. We popped over to England. Had our dear friends from LIFE (Japan) in Sweden and played Puntala fest together, and lastly did a Euro-tour. It’s been an intense year and it’s not over yet.
Plans are in the making for 2020 and new releases will be recorded shortly.