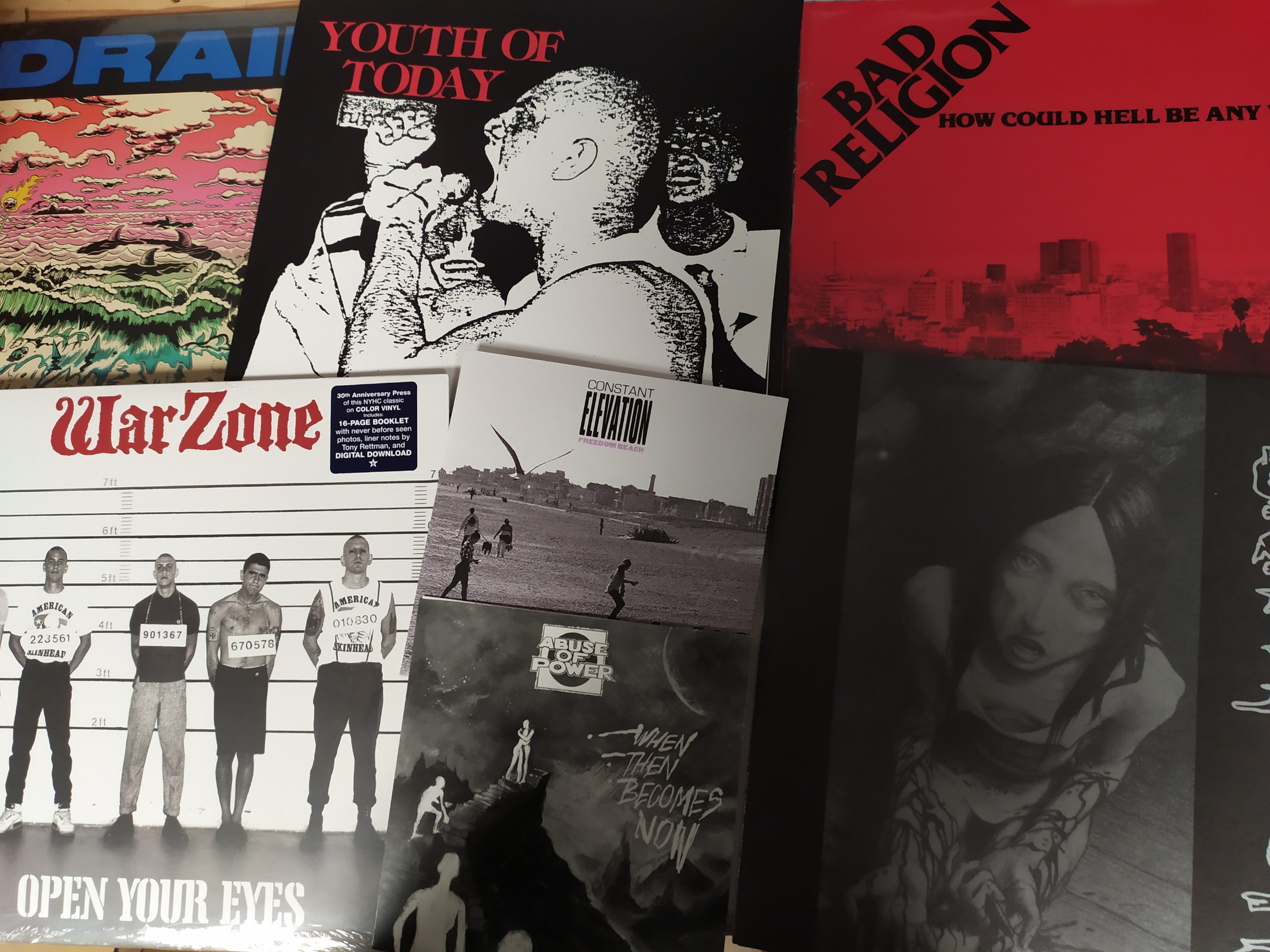 A bunch of releases have landed into the including some new and some classic records and some recently represses including releases from Angel Dust, Youth Of Today, Constant Elevation, Warzone…..

Youth Of Today “Can’t Close My Eyes” 7″ was originally released by Positive Force Records in 1985 later reissued by Caroline Records as a 12″ now it’s available on Revelation Records, completely remastered with new artwork and photos and in the distro. Angel Dust brings their second LP of blissed-out, melodic punk/hardcore that brings together the worlds of Lemonheads and Bad Brains like nobody before them has, members of Turnstile and Trapped Under Ice. As the new blood of Santa Cruz hardcore punk, DRAIN has a fiery metal-tinged thrashing hardcore sound, that is best experienced in the live setting one of the most popular releases in the distro this year copies available on Yellow vinyl. Chicago, IL’s Weekend Nachos blaze through 25 songs of high-powered violence on this debut full-length that was originally released in 2007. Skitsystem – Stigmata is the third LP of dark and menacing Swedish crust core from the masters. It is also the first recording to feature Micke (of Martyrdod) on second guitar. Converge – All The Love We Left Behind 2×12″ was recently repressed on black vinyl with a gatefold cover. There is no doubt Warzone was one of the most crucial and influential bands that came from the New York hardcore scene .Warzone‘s second LP, “Open Your Eyes.” Vinyl version includes digital download and a 16-page, 12″ x 12″ booklet with previously unseen photos, lyrics, liner notes by Tony Rettman, and an interview with Raybeez from back in the day. This is the grey vinyl version. Abuse Of Power presents their sophomore 7″, five tracks that hearken back to the sounds of the early-’90s, bringing to mind bands like Outspoken, Resurrection and Chain Of Strength. Constant Elevation return with their second 7″, started in 2018 as a project between singer-songwriter Vinnie Caruana of The Movielife, I Am The Avalanche, and Peace’d Out, and drummer Sammy Siegler of Youth Of Today, Rival Schools, and many more.  Bad Religion – How Could Hell Be Any Worse? 12″ This, their second record and first LP, is nothing short of genius. Shattered-glass guitar riffs, fast, furious drums, and a 16-year-old Greg Graffin’s voice for the ages.

All of these release are available in the webstore at distrotable.com just click the artist name you are interested in.