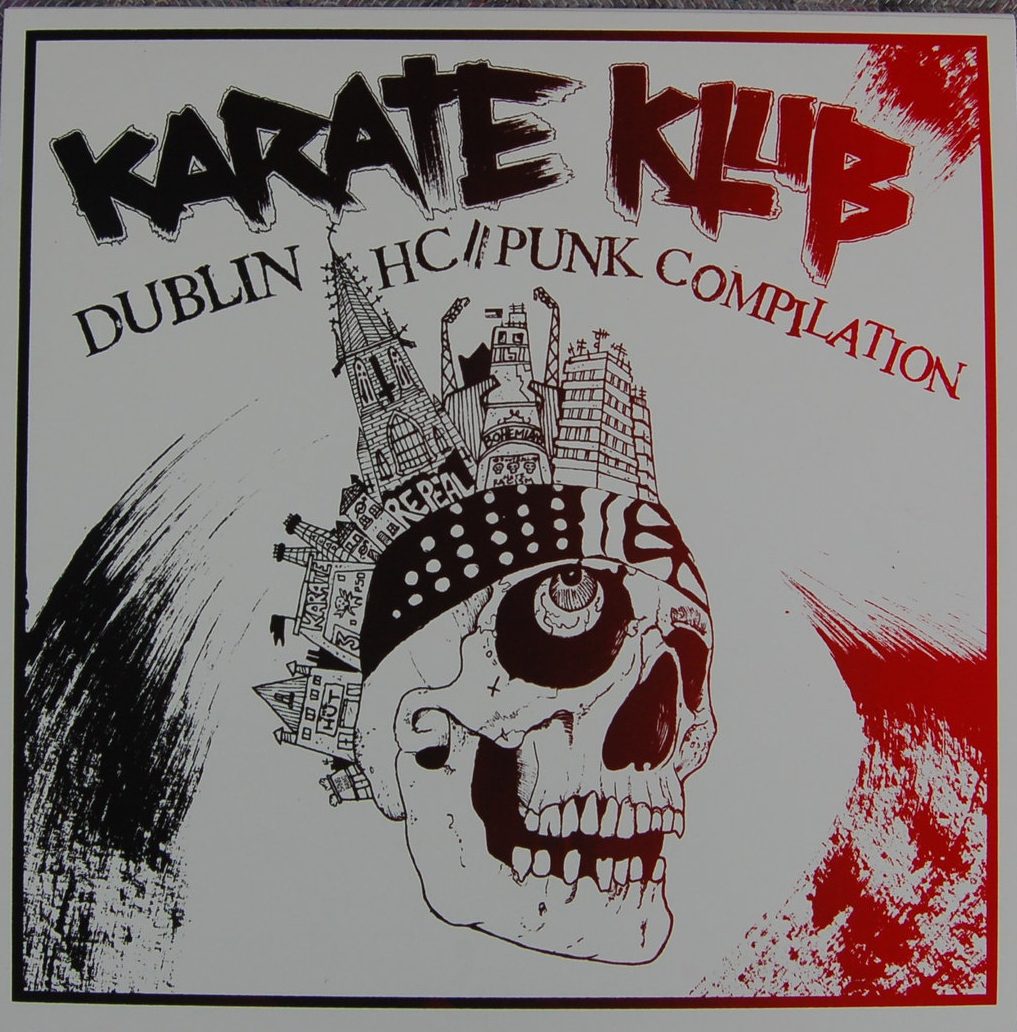 The Karate Klub began it’s life during a cold winter of 2007 when a group of punks got together and raised the cash to rent a rundown warehouse in Phibsboro. It had previously operated as a martial arts centre so was aptly named.

The Karate Klub has operated as a practice space for countless bands, a social space hosting film nights and workshops and a recording studio.

The Karate Klub has produced so many bands it is impossible to name them all but something that stands out is the wide variety of styles and sub-genres that exist under one roof.

This release is a celebration of the Karate Klub as an important part of the overall D.I.Y. scene.

The vinyl format features a hand printed cover and a large booklet with details of the bands involved along with artwork and photos that highlight the history and culture.