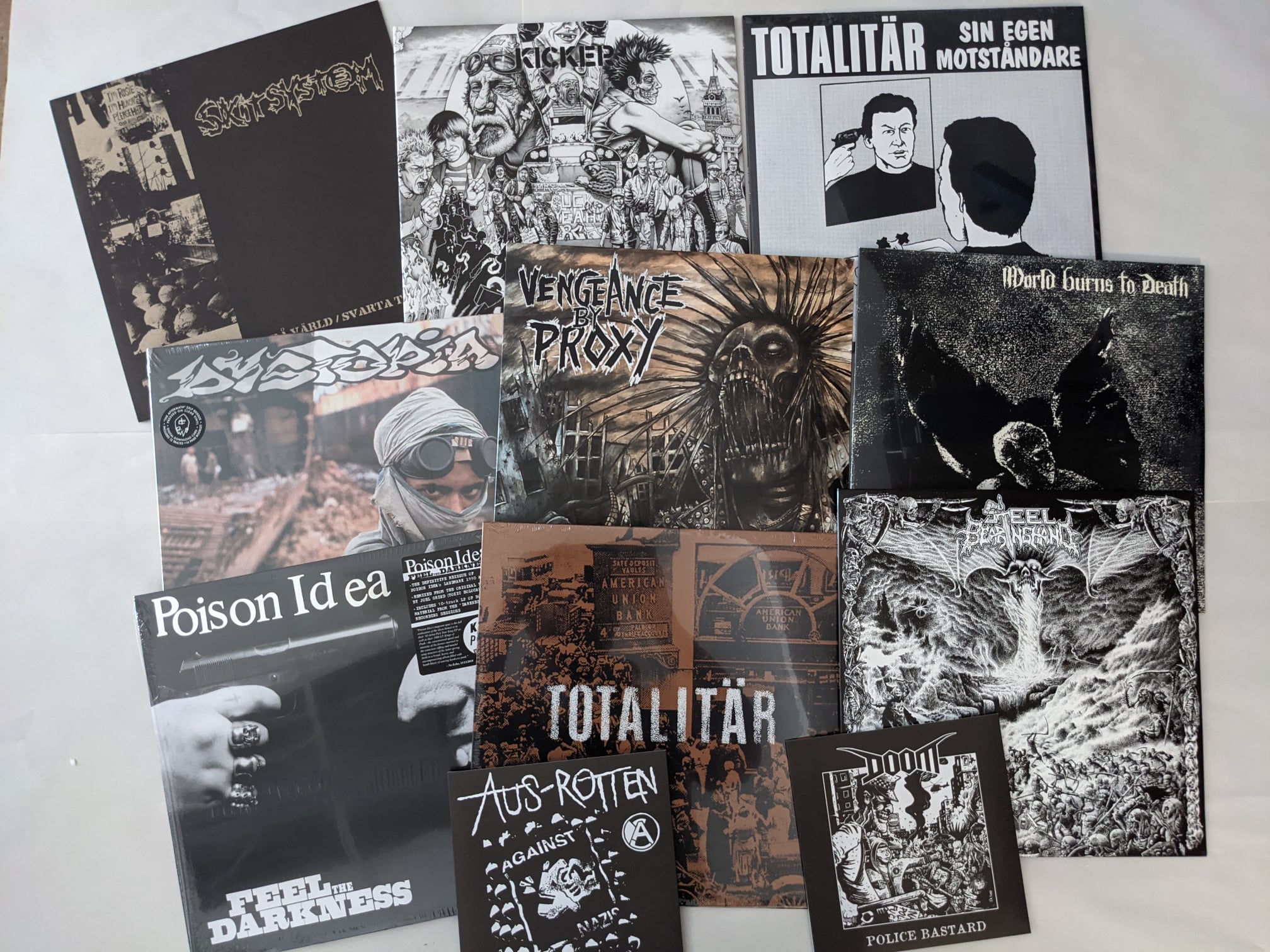 Bunch of US imports in which if you are not interested in any of these releases that just landed I think you might be wrongly subscribed we just got in a bunch of records you probably already have if you don’t have them get them quick. Back in again TOTALITAR – Sin Egen Motstandare LP and Ni Maste Bort! LP both restocked cause they just keeping flying out. Two of the most popular 7″s in the crust world AUS ROTTEN – Fuck Nazi Sympathy 7″ &  DOOM – Police Bastards 7″ I don’t think these need any introduction. Speaking of, featuring members of DOOM and ANTI CIMEX, VENGEANCE BY PROXY – s/t LP “The bastard child of Thin Lizzy and Discharge. D-beat meets rock ‘n’ roll. ”  is in stock.  WORLD BURNS TO DEATH – The Graveyard of Utopia LP  back in again, 8 Track Raging Attack of Absolute Hardcore that is just utterly dark, ramcharging ultra-punk. SKIT SYSTEM – Gra Varld/Svarta Tankar LP Recorded in 1999 and originally released in Sweden on Distortion, this is the first Skitsystem LP. (although they had released a 10″ previously) Skitsystem took the world of hardcore and metal by storm in the late 90’s by honing the swedish d-beat crust-core sound.  KICKER – Not You LP UK meets East Bay punk rock. Fronted by Pete the Roadie and backed by members from Operation Ivy, Dystopia and Neurosis. DYSTOPIA – The Aftermath LPx2 is back in again can’t keep it in stock the reissue of The Aftermath on 2×12″ and also features tracks from their Backstabber 7″ EP, Skaven split LP & Suffering Luna split 7″
Unfortunately, we are all sold out of POISON IDEA deluxe pressing of Feel The Darkness 2xLP but will be getting more let me know if you want one.