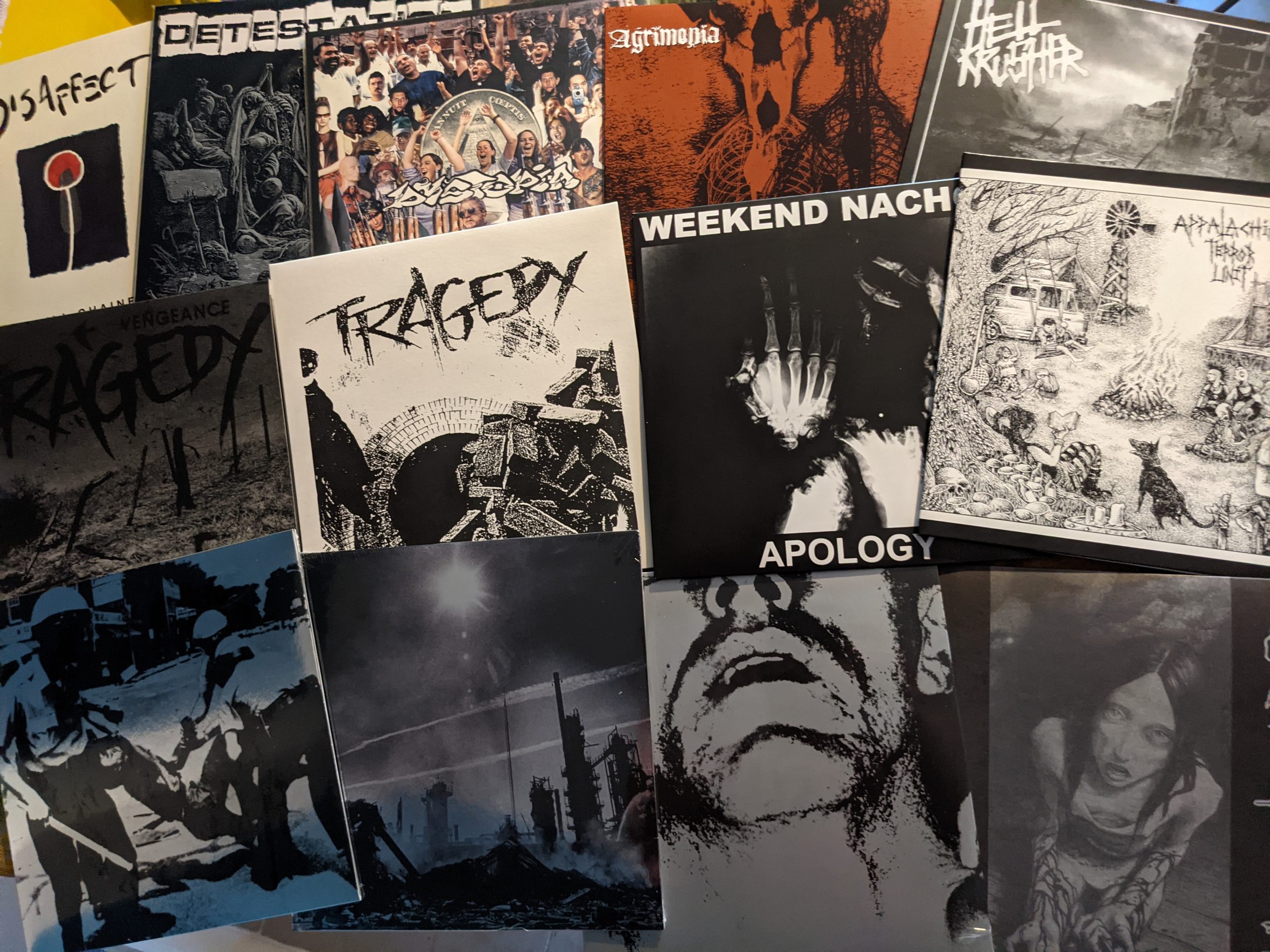 OK first off I am all out of Dropdead records again I plan on getting restocks again if you want some let me know. There was a lot of focus at the end of last year on Dystopia and the release of The Aftermath 2×12″ but just restocked is the DYSTOPIA – S/T LP. SKITSYSTEM – STIGMATA LP Stigmata is the third LP of dark and menacing Swedish crust core from the masters. It is also the first recording to feature Micke (of Martyrdod) on second guitar. A must have a re-release of this classic album DEZERTER – UNDERGROUND OUT OF POLAND LP with their early recordings collected by DOA´s Joey Shithead after his visit in Poland in 1985. OI POLLOI – IN DEFENCE OF OUR EARTH LP Aside of “Fuaim Catha” this is THE best Oi Polloi LP released in 1990 and essential in all ways.  TRAGEDY – S/T LP & TRAGEDY – VENGEANCE LP are both back in for those unfamiliar Tragedy is fast and extremely heavy hardcore with melancholic melodies and pissed off as fuck vocals. Back in again Appalachian Terror Unit “We Don’t Need Them” is the second full-length of one of the most politically charged bands in the current punk scene. The fourth studio album of Newcastle upon Tyne’s crust punk institution HELLKRUSHER – HUMAN MISERY LP is back in. Mid ninties classic Skuld release of Portland’s DETESTATION- S/T LP An absolute classic of nineties anarcho-hardcore punk that sounds like a mix between Nausea & Sacrilege with some influences from old Swedish bands and highly angry socio-political lyrics. DISAFFECT – STILL CHAINED (DISCOGRAPHY) 2XLP The entire discography of this shortlived but influential early nineties anarcho punk band from Glasgow, Scotland, This is fast-paced and shredding anarcho-punk with little excursions into the crust-punk genre. AGRIMONIA – S/T LP death and black metal soaked doom, with hints of crust, as well as atmospheric and epic darkness. contained on a 2×12″. Weekend Nachos final release a tornado of grindcore/powerviolence/hardcore savagery, 13 tracks of utter punishment.