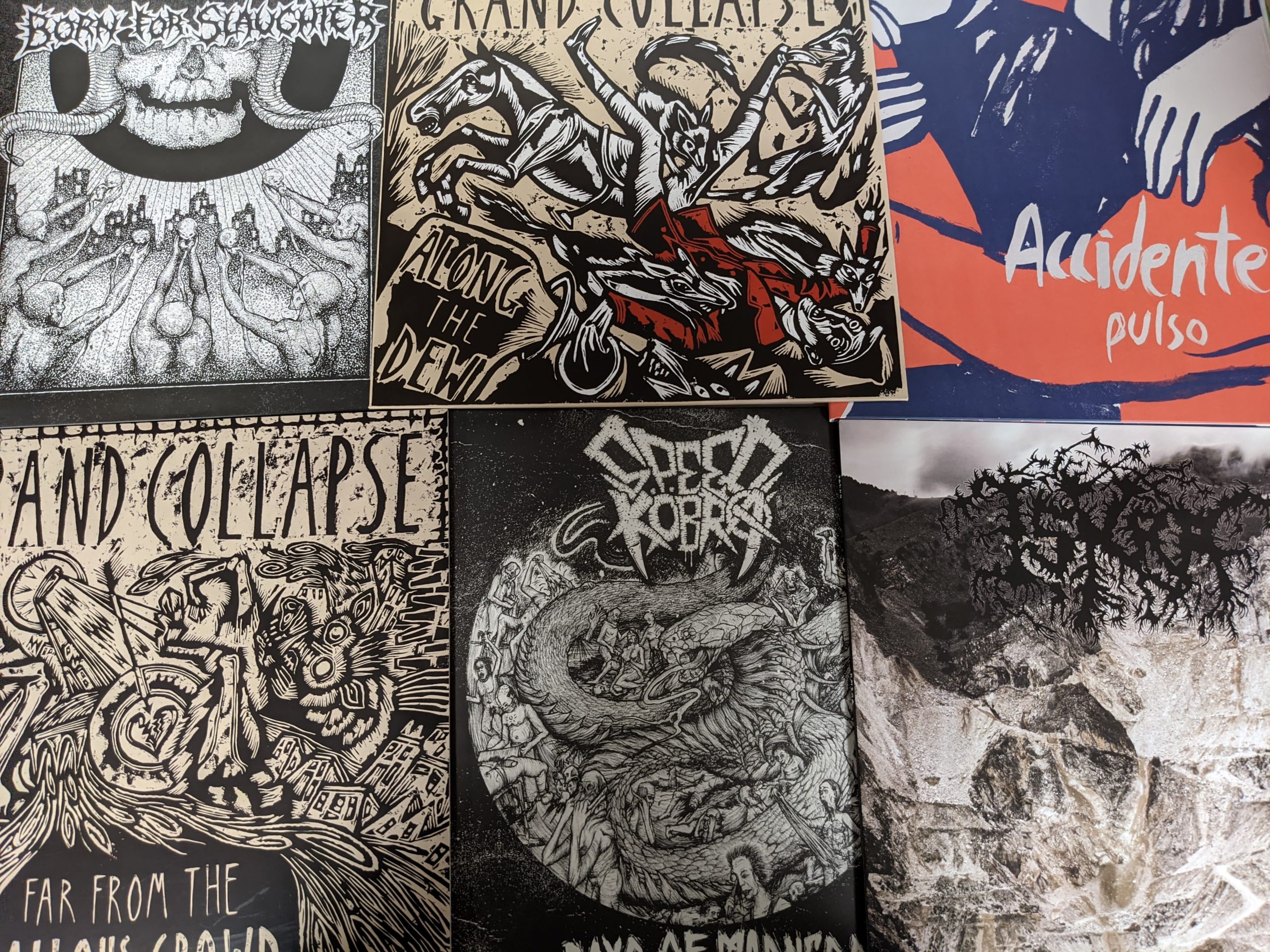 A shipment from Chainbreaker Records landed in, a label ran by Chris from Subordinate including some of their crustacular releases incuding Speedkobra, Iskra, along some other great releases from Accidente and Grand Collapse.

Iskra hailing from Canada, they are styled as ‘blackened crust’. Whilst I can’t deny that they have crust elements to their music, they are very much on the metal side of things, with a strong Scandinavian black metal vibe being the dominant force. Not one but two Grand Collapse LPs arrived in ‘Far From The Callous Crowd’ and ‘Along The Dew’. Absolute balls to the wall Hardcore Punk with Dbeat influence from Wales. German d-beat destroyers Speedkobra return with another crushing full-length release. Packed full of riffs, growls, solos, beats, samples, and noise, this is everything a d-beat lover could wish for.  Macedonia’s Born For Slaughter who play an aggressive metallic style of crust, interspersed with mournful riffs which add a more complex emotional element to the music. Spanish punk legends Accidente release another ripping album of catchy melodic punk. Pulso is a quality album packed full of rebellious, anthemic punk tunes, executed with expert finesse.