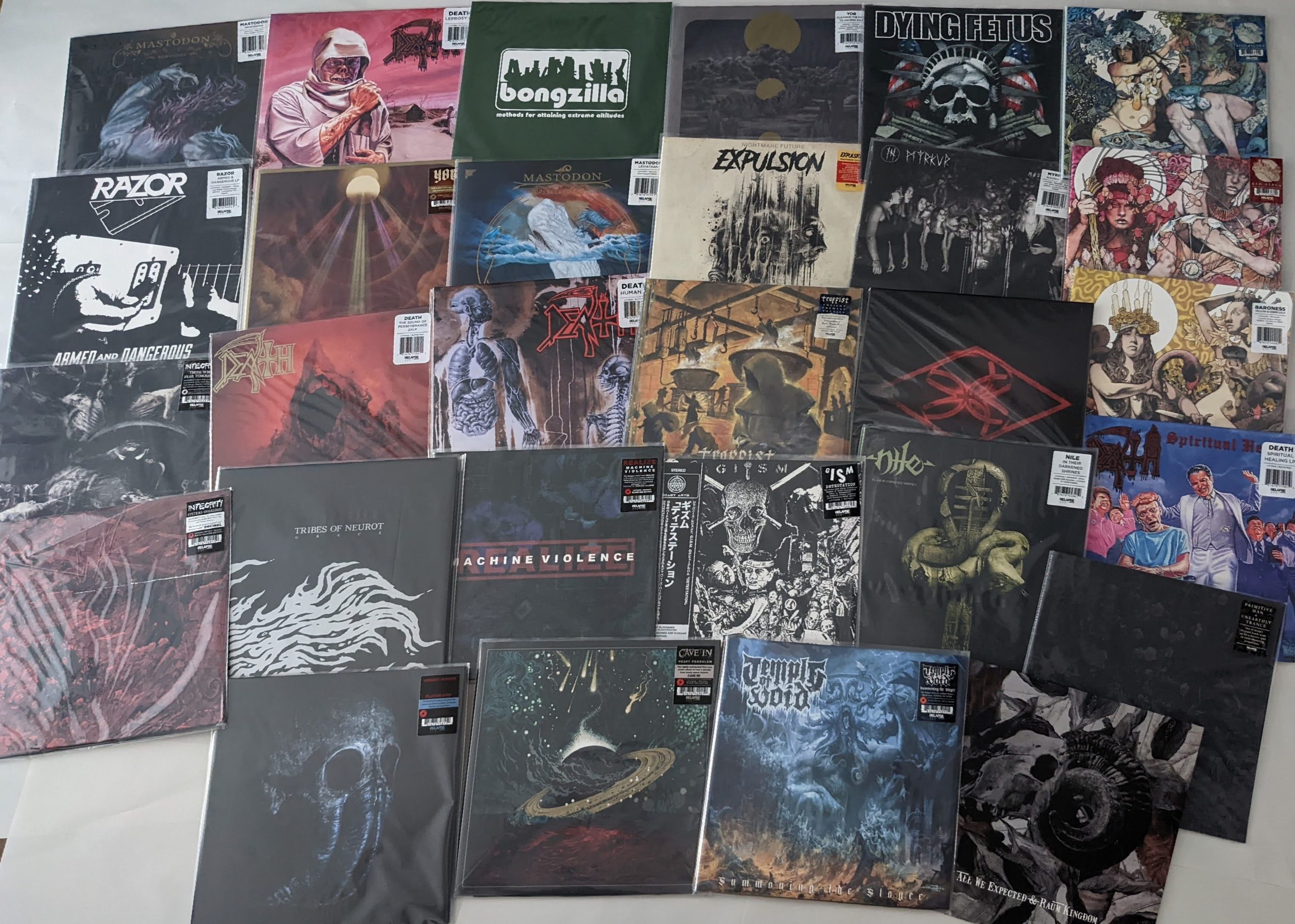 We recently had a big update of releases that landed in from Relapse as to try to reduce costs. including new releases of Cave In and Temple Of Void. ABsent in Body featuring members of Sepultura, Amen Ra and Neurosis speaking of Neurosis also featuring members we got in copies of Tribes of Neurot – Grace this weighty 180gram 2×12″. Restocks of lots of Death records and of course GISM we still have copies of Zouo for any of you looking for more copies of Japanese hardcore reissues from Relapse. New reissues of Integrity just out this week ‘Those Who Fear Tomorrow’ and ‘Systems Overload’ 12″s. Some more double LPs from Yob and Nile and Baroness including some picture disc versions of Red album and Yellow & Green Album. Mastodon – Remission 2x LP and Levithan on both on Gold nugget vinyl we also have copies of Call of the Mastodon 12″ in stock. ALso arrived Expulsion, Realize, Bongzilla, Trappist, Myrkur, Dying Fetus. Spread the word the word to your vinyl collecting metal friends.