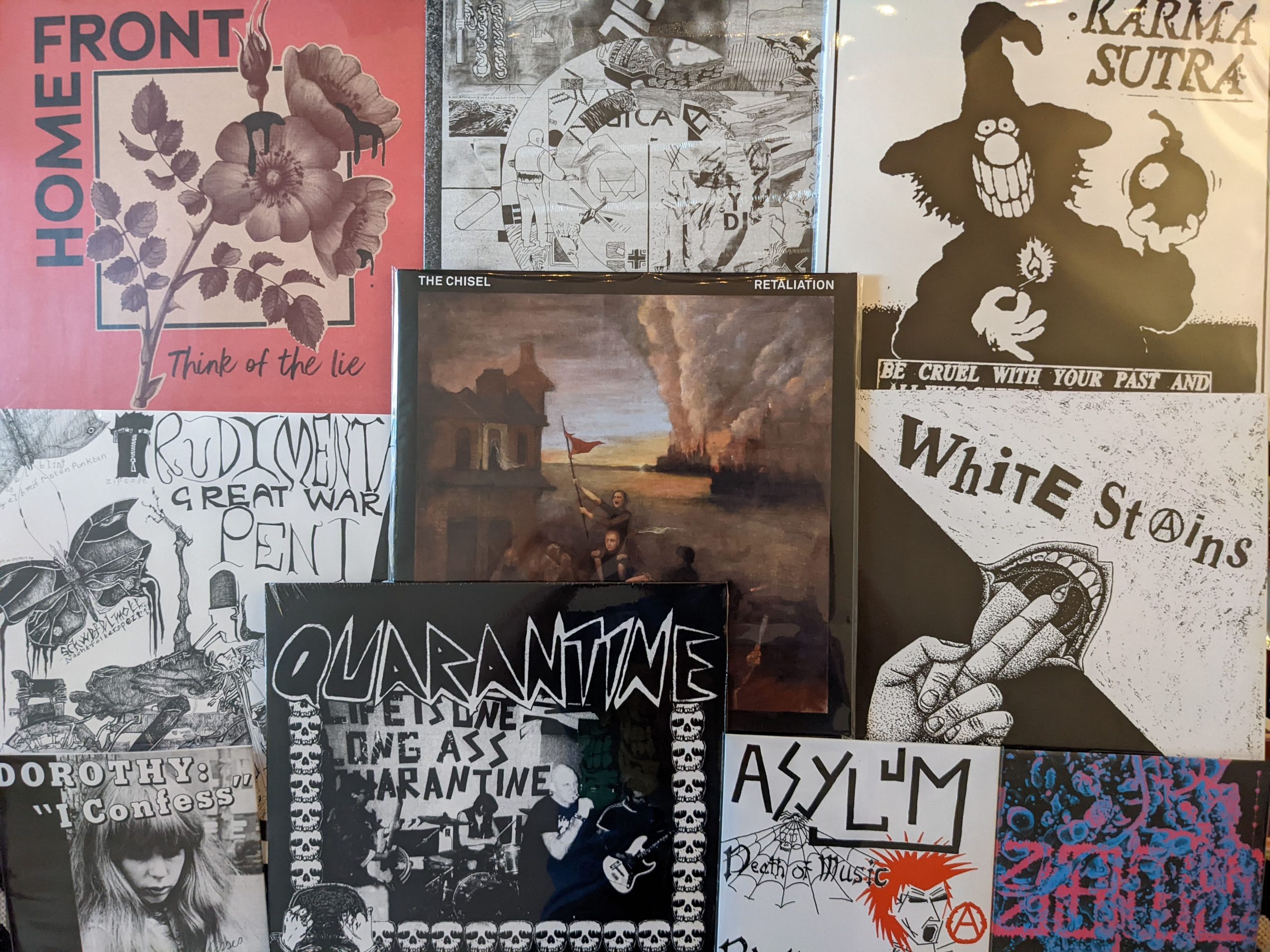 New in from La Vida Es Un Mus and Sealed Records lots of great new records and some restocks.

HOME FRONT THINK OF THE LIE MLP create their own moment amongst the revered and long frozen reserves of THE CURE, ECHO AND THE BUNNYMEN, “Second Empire Justice” era BLITZ, and NEW ORDER.
UNIDAD IDEOLÓGICA – S/T MLP from Bogotá with a sound that is pure high intensity hardcore. The eight songs on their debut 12” clock in below 15 minutes and not a single second is wasted. Highly recommended.
WHITE STAINS – Make Me Sick LP Circle Jerks is the most apt comparison given how White Stains’ snottiness comes along with so much catchiness and rhythmic density. And like Group Sex, the drum parts are almost catchier than the riffs here.
ASYLUM – IS THIS THE PRICE? 7″ The missing link between Discharge and Japanese Noisecore, their sound is characterised by detuned ear-piercing distortion
KARMA SUTRA – Be Cruel With Your Past And All Who Seek To Keep You There  LP + 40 Page booklet Karma Sutra were an anarcho pacifist band from Luton, with only one release but this LP is made up of extra tracks from other recording alongside a 40 page booklet.
S.H.I.T. HIDDEN IN ETERNITY / ERASER III 7″ S.H.I.T. crank out two tracks of hyped-up hardcore bombfall with the signature snarl that you’ve come to know and love.
QUARANTINE – AGONY LP Agony” pushes the limits of aggression to some kind of land speed no man’s land where UNITED MUTATION, GUDON, and “MY AMERICA” (FU’s) are firing live ammunition into each other’s boomboxes
RUDIMENTARY PENI GREAT WAR MLP Recorded several years ago before Rudimentary Peni engaged in another mysterious hiatus, Great War has finally emerged to kiss the gas-tinged light of a mustered morn.
DOROTHY I CONFESS / SOFTNESS 7″ I Confess is a perfect super cute pop ditty with lyrics that sound like a catholic confession. The flipside Softness is a DIY Disco dancefloor nugget with Dorothy’s silky smooth vocals