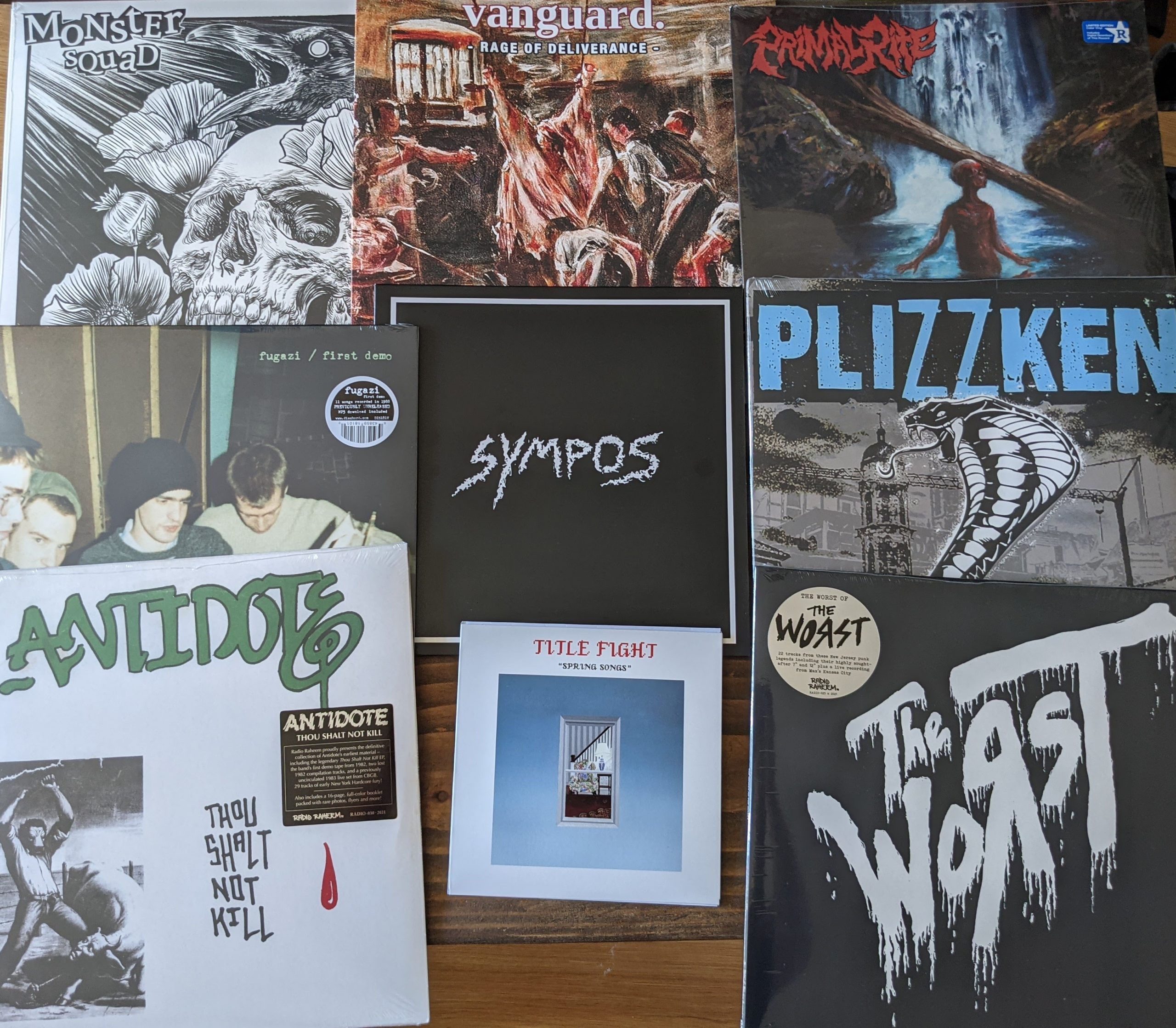 We had got in a bunch of reissues from Trust Records with some big booklets of 7Seconds- The Crew 12″ & Circle Jerks – Group Sex 40th Anniversery they didn’t last long if you want a copy I will try and restock just let me know. Also got in copies of Radio Raheem releases The Worst, Antidote and Krieg Kopf (sold out) and running low on the first two.

We got copies of two of the recent Radio Raheem reissues THE WORST “THE WORST OF THE WORST” began their career in the late 1970s playing frequent gigs at legendary New York City dives like Max’s Kansas City and CBGB, drawing on the proto-punk sounds of The Stooges and MC5, and refining it into their own brand of proto-hardcore. ANTIDOTE “THOU SHALT NOT KILL” In addition to the legendary, eight-song EP, you get the band’s first seven-song demo recorded in 1982 at Jerry Williams’ infamous 171A Studios, plus two songs recorded shortly thereafter for the lost Bad Brains Records compilation, and a previously uncirculated, 12-song live set from 1983. THese two releases are not to be missed and I think I have only one copy each left.
Back in really find it hard keeping this one in stock, VANGUARD “RAGE OF DELIVERANCE” Vanguard is unapologetically a vegan/leftist band and actively supports and promotes a host of critical social and political causes, both lyrically and through the direct action and activism of its members. PRIMAL RITE “DIRGE OF ESCAPISM” mixing the speed and chaos of Japanese hardcore, the crunch of Cleveland hardcore, the riffing and solos of thrash metal, and the pure, crushing power of the Floridian death-metal scene of the ’90s. FUGAZI “FIRST DEMO” In early January 1988, and after only ten shows, Fugazi decided to go into Inner Ear Studio to see what their music sounded like on tape now available on vinyl. TITLE FIGHT “SPRING SONGS” shows the band’s unyielding potential, pushing their boundaries even further and once again refusing to be categorized. PLIZZKEN “…AND THEIR PARADISE IS FULL OF SNAKES” 13 songs poured out of these seasoned veterans MONSTER SQUAD “DEPRESSION” a soundtrack to our intelligent screams at the world with an unflinching look at mental illness delivered through punk rock. We also recently got in copies of SYMPOS -S/T 10″ Waterford new boi’s Sympos have self released their debut vinyl release on 10″ vinyl catchy gritty punk that is a sum of 8 tracks of rough and ready punk.