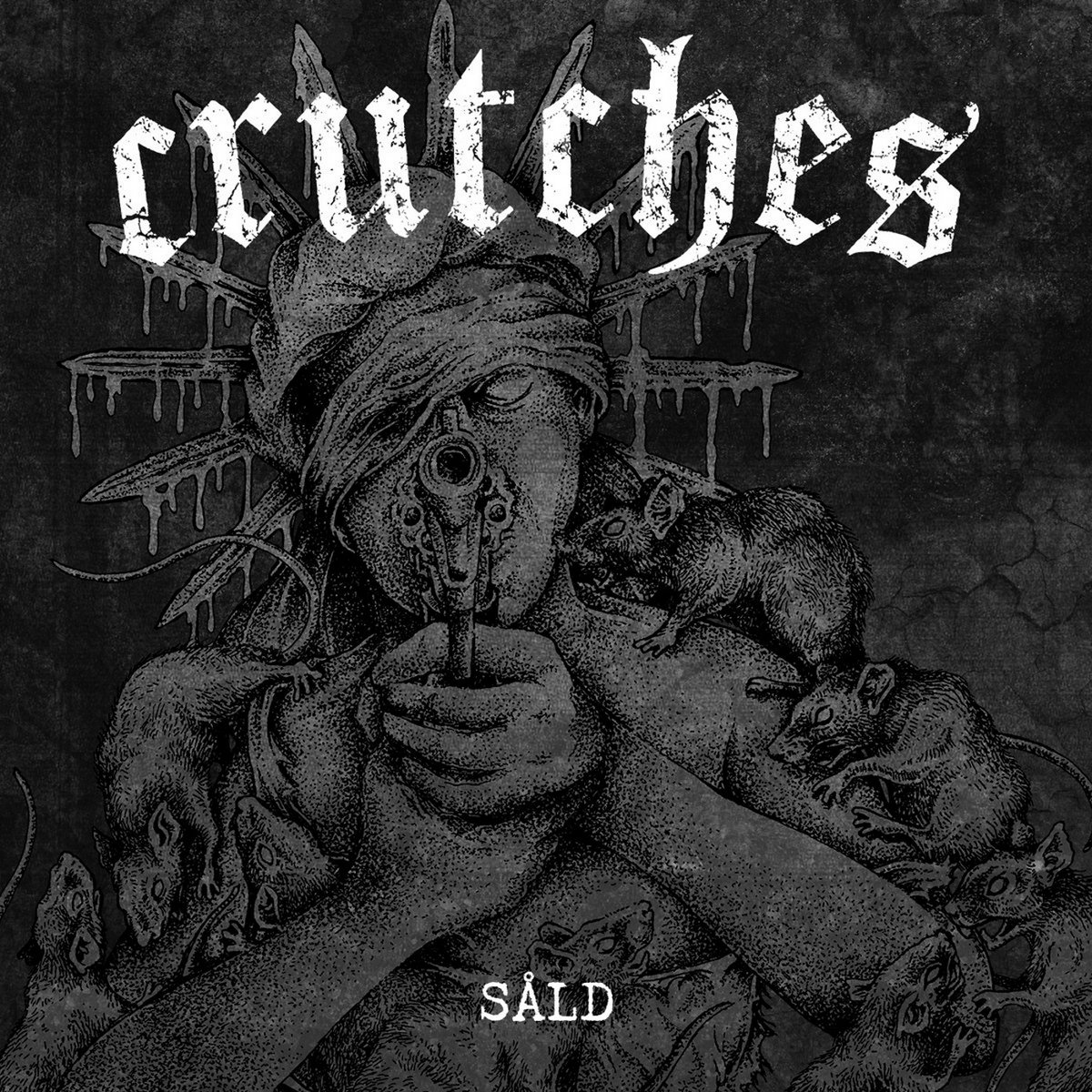 Swedish mangel maestros CRUTCHES are back having welded together a third LP of raw hardcore d-beat punk entitled ‘Såld’. Having in taken a short break in between jet setting between DIY venues throughout the world. CRUTCHES have laid out 11 new tracks of raw unrelenting swedish d-takt which follows the aftermath of the 2015 LP ‘FörlOrAD’. Såld sees CRUTCHES bolster up their line up with Eddie on guitar who joined the ranks in the wake of the last release. The enforced CRUTCHES run amok amidst a thunderous barrage of drums and wild guitars kicked into overdrive to create maximum noise. With socio-political lyrics snapping at what is perceived normality and forever mangeling towards freedom.