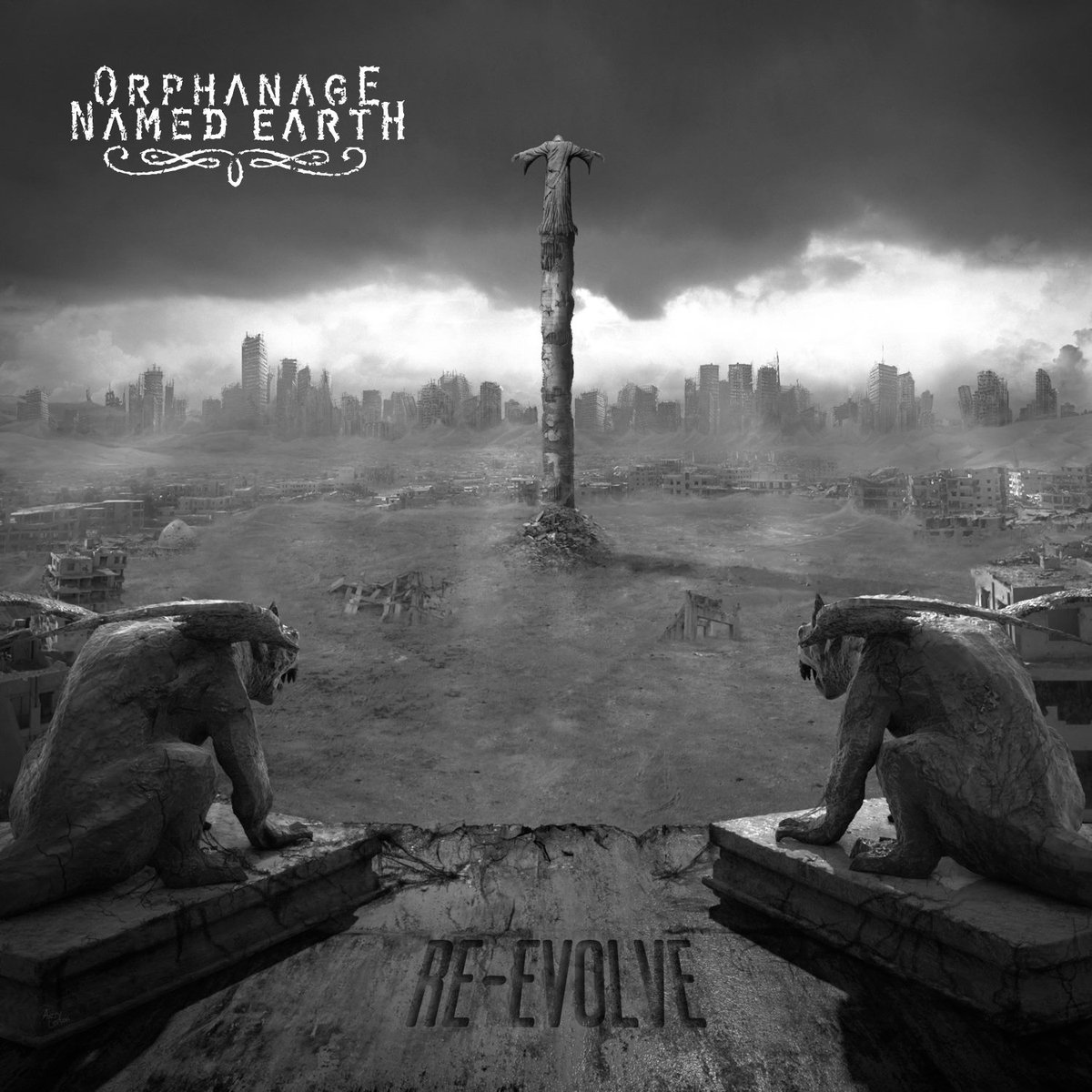 ‘Re-evolve’ is a story of a romantic thinking about the world of peace, respect for human and animal life and earth liberation, meeting the brutality of metal, crust d-beat and harsh but atmospheric guitars. Lyrically, the band touches important sociological issues evolving around one main topic: human greed and selfishness, as according to the band, human thinking needs to re-evolve unless we want to live in the world of wars and exploitation.

Orphanage Named Earth take great influence of the beautifully atmospheric yet unbearably crushing sounds of the neo-crust sub-genre. Bearing resemblance of the soundscapes of Fall Of Efrafa and Madame German. This hulking double LP will be housed in the post-apocalyptic artwork of Andy Lefton of Tau Cross. Recorded in August-September 2017 at Dobra 12 Studio, Bialystok, Poland. Produced, mixed and mastered by Piotr Polak