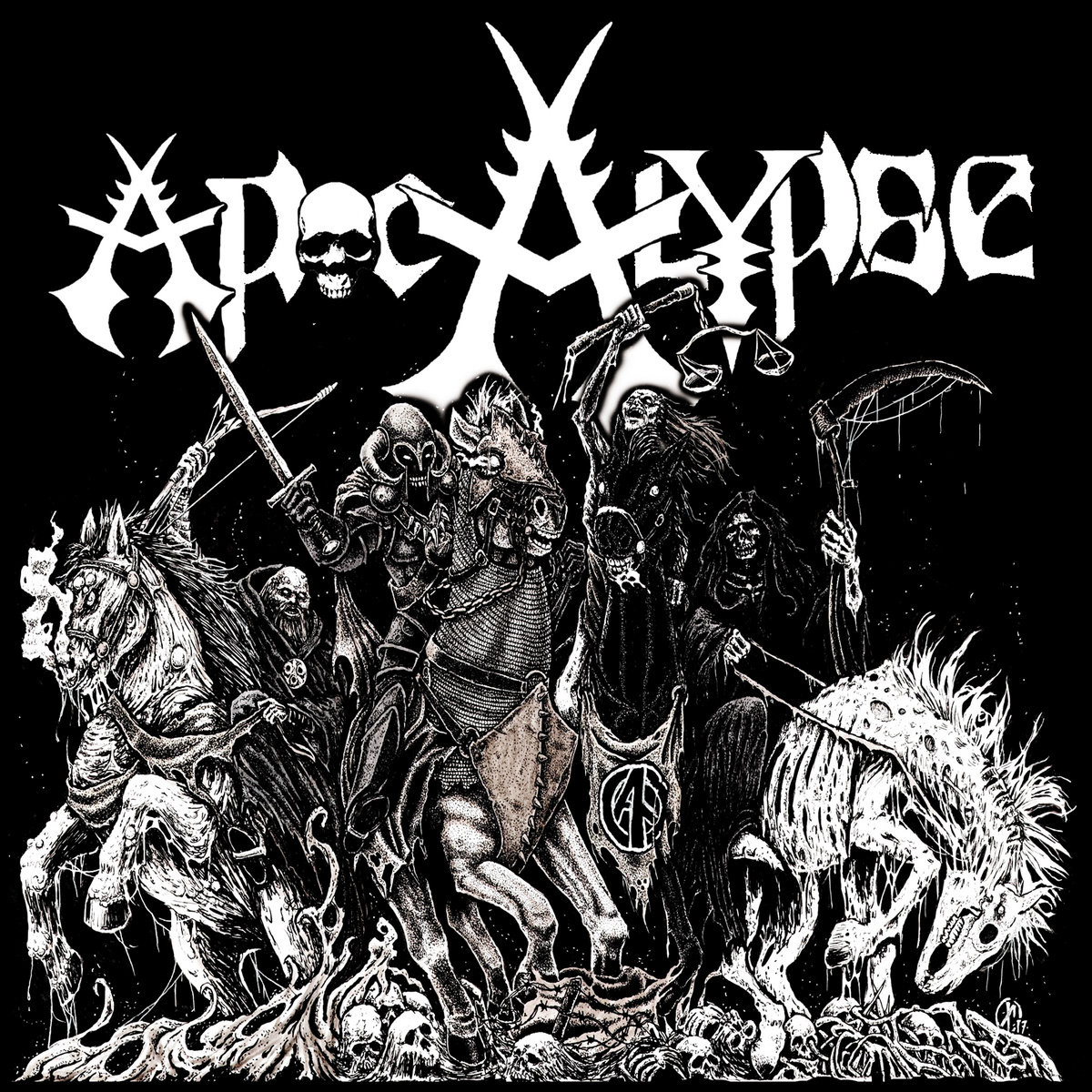 Los Angeles’s crust legends APOCALYPSE are back after a very, very long nap with three new bangers that prove they never missed a beat.  Having formed in 1984, releasing a demo, a 7”EP entitled “Earth” and two split singles with TRANSGRESSION and MINDROT.  APOCALYPSE disbanded in 1990 and after 25 years they came back with a new line up consisting of members from NAUSEA (LA), MINDROT and TEMPLE OF DAGON and a split 7″ with EXTINCTION OF MANKIND. They just finished up a west coast US tour with anarcho punk greats Omega Tribes. The music is heavier than ever blending equal parts Discharge, Motorhead and Amebix while combining the social consciousness of Anarcho-punks like Crass and Crucifix! Expect lots more plans for 2019.

Extinction Of Mankind one track off this split was a long time coming, with E.O.M. having not released anything since their 2010 split releases with Phobia and Disgust. Only to follow up their split 7″ with Apocalypse originally released on Madgrinder Records was followed up by their latest LP “Storm of Resentment”.   Urgent and brutal metallic crust from one of the all-time great ‘Reap What You Sow’ shows how crushing and powerful Extinction Of Mankind are.

Two great crust bands from either side of the Atlantic teamed up a single piece of wax at the end of 2017 for a US pressing, now sold out it ain’t even on Discogs. Now Distro-y and Underground Movement have teamed up to help release a European pressing which will see both a black vinyl pressing and a limited edition Green vinyl.