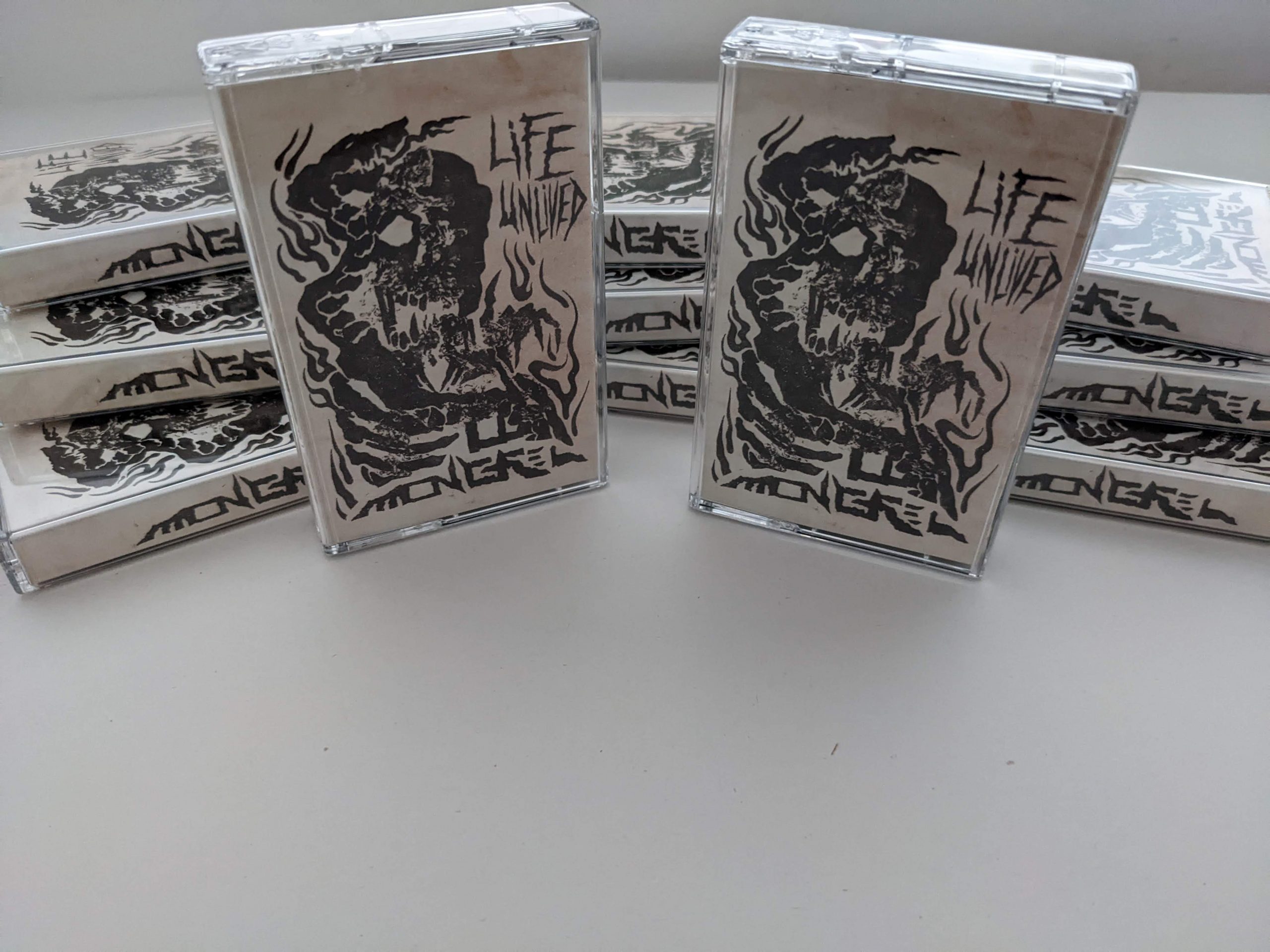 This will be a precursor to split 7″ vinyl release which will hopefully be released later this year. More about that in time. But in the meantime pick up a copy of Mongrel ‘Life Unlived’

Mongrel unleashing ‘Life Unlived’ raw primitive hardcore from the west coast of Ireland. Following on from their 2019 Demo they return with 5 brand new tracks unrelenting and punishing hardcore noise.

Recorded and Engineered by Charles Knox at Sabretooth Studios. Mastered by Jack Control at Enormous Door. Artwork by Arturo, layout and design by James Owens.