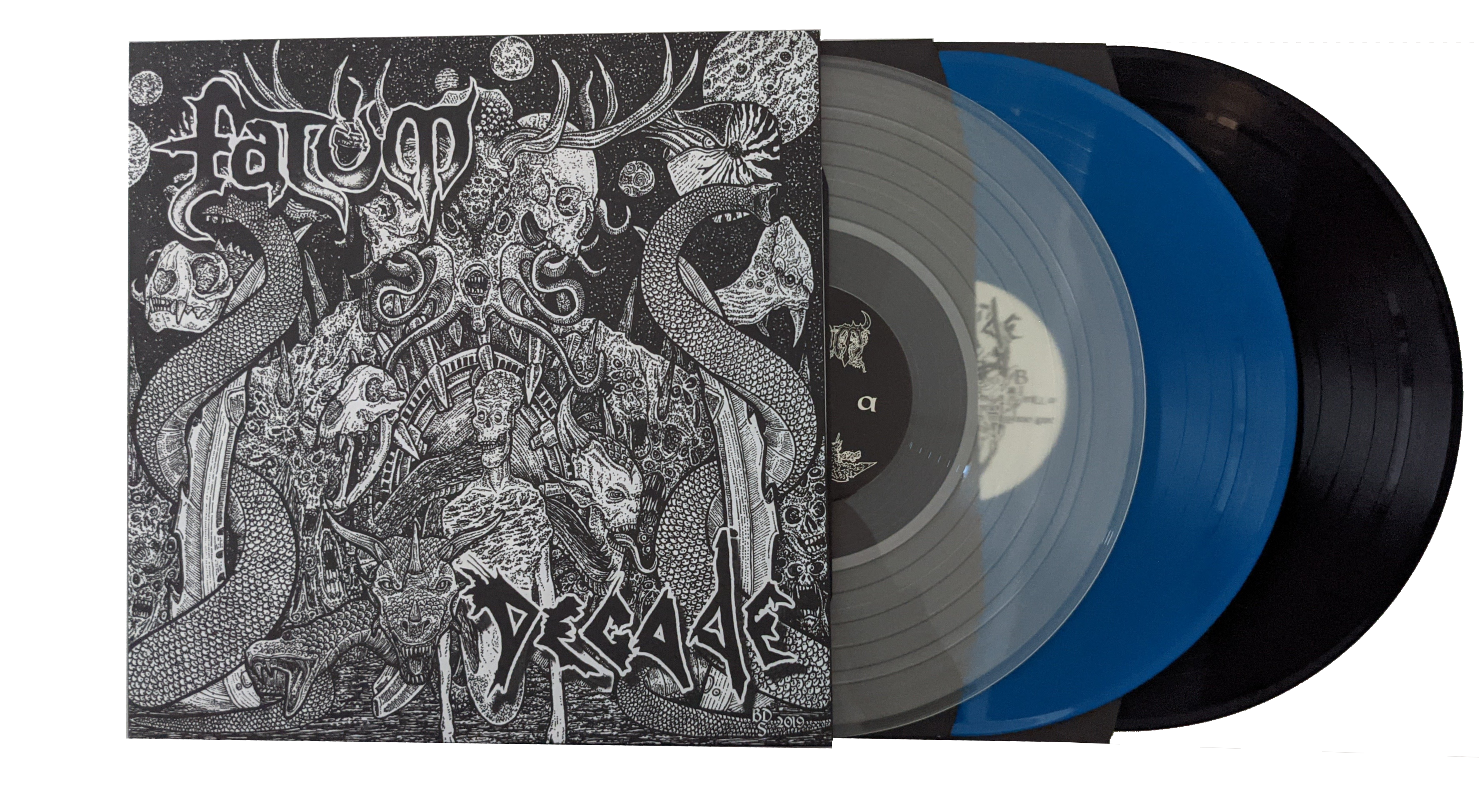 Finally out its been a long time coming but vinylally here, the mighty crustal force of Fatum return to share the wax with Canadian raw punks Decade on a split 12″!!

The long awaited split from Moscow’s FATUM and Ontario’s DECADE is ready to be unleashed upon the crusty masses! First up, Fatum bulldozes you with a tank of thrashing crust! Decade follows up Fatum with the final bombs that leave nothing in their wake!

Released on CD last year 2020 on Black Konflik Records(Malaysia), but due to the massive pressing plant delays the vinyl version has only arrived in late 2021 but on three different colour solid blue vinyl limited to 100 copies, clear vinyl limited to 100 copies and black vinyl of 800 copies. Housed in artwork by Marcus Ludwig, it also comes with a massive poster. This is co-operative release from ourselves at Distro-y Records (Ireland) Insane Society (Czech Republic), Headnoise Records (Russia), Black Against Night Records(Australia)  Monolith (Portugal) Audacious Madness (USA).

The record is out now ( November 15th) so go pick up a copy.